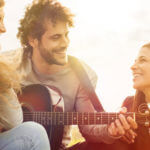 It’s a common belief that, above everything else, one’s success is determined by their level of intelligence.

Is this really true?

Consider this: Who has the higher probability of success? A person with brilliant smarts who struggles with self doubt, or a person with average intelligence who has a focus on positive action?

I don’t think you’ll have to flip a coin to come up with the correct answer. Far more than intelligence – your patterns of thought are the primary key to the level of success you have achieved (or will achieve) in your life.

In fact, research shows that a “positive mind-set,” rather than intelligence, is the most essential element of success.

A Harvard study, for example, revealed that the student research subjects credited 85% of what they achieved to their mind-set, and only 15% to their abilities, skills and innate talent.

And a huge research project of leading Fortune 500 company executives revealed that 94% of them believe their success is a direct result of their mind set.

Edward De Bono, founder of New York’s “De Bono’s School of Thinking” gives a good description of the connection between thoughts and intellect.

De Bono says, “We can think about intellect as the horsepower in an engine… (but) increasing the horsepower doesn’t necessarily ensure peak performance of the engine. If your ability to drive is good, you can get the most out of the car.

However, if it’s bad, then more horsepower will not help.”

In short – a sharp intellect can be an advantage, but only when guided by a positive mindset. In terms of success, your sense of self-acceptance and optimism are far more important than your logical intelligence (IQ).

This is so because those with a solid level of self-acceptance have a better ability to self-motivate and manage their emotions. Plus they are much more likely to recover rapidly when their plans hit a bump in the road.

This is the very reason successful people tend to have a passion for personal development and self-growth.

They intuitively know that the path to success is NOT goal seeking, but rather becoming the person their goals belong to.

So to think smarter in terms of improving your personal success, you might consider investing in your own self!

We have a course that specifically deals with increasing your EQ, self-confidence, and success-probability.

How would your life change if you tapped
into your FULL mental potential?