Scientists once thought that the brain we’re born with totally determines our intelligence and mental potential.

In some cases this certainly can be said to be true. But when it comes to average and above average brains, it seems we are all born with at least one very powerful potential.

What is that potential? The potential to develop a high performance mind that more fully represents our true capabilities.

We now know that our brains are so changeable that a new scientific term had to be developed – brain plasticity. And the scientific evidence in the last 15 years has proven beyond a doubt that genius is not a born quality, it is developed (and can be learned). The same is true for high performance minds. So how can this best be accomplished?

There are basically three secrets to developing a high performance mind.

Genius is a factor of the density of the connections between your neurons (brain cells). Such a density is created through mental challenge and stimulation. So although most brains could be said to be potentially equal at birth, after that, something new comes into play. We are far more than our genetic makeup. Albert Einstein, for example, was severely dyslexic as a youngster. He actually had great problems learning to speak, and even walk. Yet he became one of the greatest geniuses of our time. After his death it was discovered that his brain was basically different from normal brains in only one way – the density of connections he had created among his neurons.

The first secret to a high performance mind is to adopt expand the density of your neural connections. This develops your potential for genius-level thinking

This brings us to secret #2 – the issue of state vs content. The content of your mind depends on what you have managed to learn and remember. This determines what you can think. Some psychologists claim we actually are our memory. They do have a point, since it is the combined content of your conscious and subconscious memories that makes you unique.

Secret # 3. Regardless of your IQ , the state of your brain creates and controls what you will (or will not) manage to achieve in your life. And stress is NOT the only limiting factor. When it comes to actually achieving what you want in life, your ability to generate high performance brain states is the TRUE limiting factor.

Until you learn to hold the brainwave state of high achiever, you will have built-in limits. This is a physical reality that no amount of positive thinking or goal-setting can overcome.

Do High Achievers Have Special Brains?

The answer is yes – absolutely. I discovered over 40 years ago in my clinic in California that the self-made millionaires I was working with all seemed to share a common brainwave configuration.

Can this be Learned? 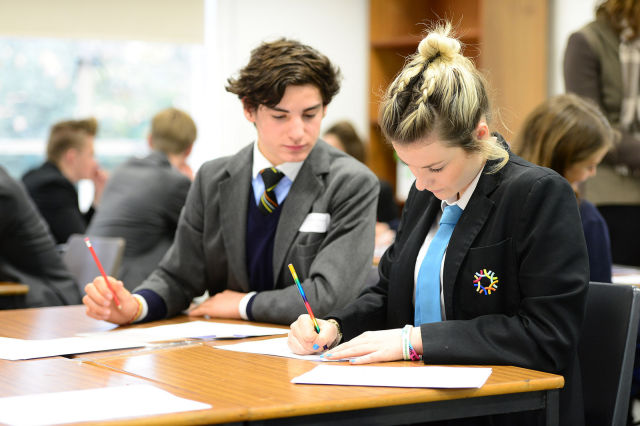 Can such unique brainwave configurations be learned? YES! You can learn to literally duplicate this millionaire mental state – from the inside out. I have taught this for over 45 years to my clients in a one-on-one environment. I have since developed a 3-month online training program that does the same thing. Come take a look => Develop a Quantum Mind!